Blog
You are here: Home / Blog / Blog / How to Relate to Your Customers Like the Donald 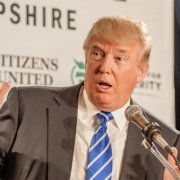 (First published and featured on Linkedin Pulse for Customer Experience)

Donald Trump is already a winner this year – if not from the surging poll numbers in the primaries, then at least from the endless free publicity across the best channels and shows for his brand. Though we may or may not agree with his policies, the one thing he seems to be doing very well is relating to his constituents. Here are 5 things to take away from his continuing rise in the polls on how to connect to your constituents – voters or customers.

Listen to the crowd

Really? Mr. Trump a listener? Look at any rally or show Mr. Trump is on and it seems like he is doing all the talking. But look behind the bombastic words, and he is actually tuning in to what his constituents want to happen, and what is truly important to many of them – so much so that they become ‘raving fans’. In the New York magazine article ‘How Roger Ailes Picked Trump, and Fox News’ Audience, Over Megyn Kelly’, Gabriel Sherman mentions how the Fox News chairman was forced to change his tune when ‘paralyzed by the volume of pro-Trump emails from Fox’s loyal viewers’. Listening and tapping into the dynamics of what is important to your customers – what is noise, what is posturing, what do they really care about, what truly solves their pain – can be powerful and leave you with advocates who might just cut you more slack that you think.

Perhaps the reason Mr.Trump is more in tune with the audience than many others is because he is picking not intellectual or even the most vocalized needs but the ones that draw out most emotion. According to Psychology Today, Advertising research reveals that emotional response to an ad has far greater influence on a consumer’s reported intent to buy a product than does the ad’s content – by a factor of 3-to-1 for television commercial. When talking to your customers, look at not just what they say but how they say it. Seek out what about your company or products makes them relax, sit up, or laugh or get angry at about your product or service. These should move to the top of your list. And if possible, don’t forget to entertain.

Talk in a language people can understand

In a CNN article on September 10, author Trey Radel mentions that even some in the left ‘are starting to take to Trump for the same reasons conservatives are. ”He says it like it is” they proclaim.” This desire to not have to navigate boiled corporate communications is a trend in industry as much as in politics. Almost all of what Mr. Trump says passes the six-year-old test – a six year old would be able to understand what he is trying to say. When designing your products and customer experience, look out for what your customers speak – use their jargon, if you must, but stay away from corporatespeak.

Whether it is the extra long escalator that seems to bring Mr.Trump down to earth to do his interviews or the Helicopter rides he offers to kids at the Iowa State Fair, everything about the campaign is designed to project the ultra-rich, larger than life and by inference, ultra-successful businessman image. Similarly in your customer journey – find touch points to reinforce what you stand for – and look for often counter intuitive ways, equivalents of the Iowa Fair, to reinforce what you stand for.

Don’t bow to the Middlemen

According to CNN, Mr. Trump seems to have made ‘boastful evisceration of Beltway wisdom on how to run for president the entire rationale of his campaign’. He has forced the initially dismissive media and political pundits to look at him as something beyond an entertaining punch line. The takeaway here is that while analyst reports and news trends can and do provide a useful framework, these should never be substituted for down and dirty customer feedback or discussions. If analysts are saying one thing and customers seem to be saying the other, trust your gut and explore more counter intuitive options.

It goes without saying that as a candidate Mr. Trump is leveraging to the hilt what makes him unique. In customer interviews and in internal discussions, seek indirect and direct answers to what makes your product different. Probe beyond the canned answers and get impartial feedback. Then use it as much as you can to relate.